We love what we do and have created a very special team to reflect that. 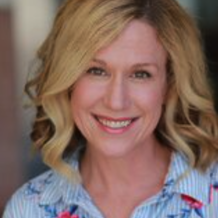 Erin caught the acting bug at age 9 when she starred in her first musical dressed as a pink lamb named Eunice. And although her days as a sheep are long gone she has continued to act her entire life and has chosen to pursue it as a career. Throughout her youth and into adulthood Erin has starred in many musicals and plays. Alongside of acting she has choreographed, directed, and has taught theater in a classroom setting as well as privately coached. Along with earning her BA in Theater Arts from Cal State Long Beach, Erin continues fine tuning her craft as an actor through various acting venues in Hollywood and LA. She is currently represented across the board with Angel City Talent and Pillar Entertainment Mngmnt. Some of her TV and film credits include The Neighborhood, Instant Mom, Alvin and the Chipmunks 2, and Co-Husbands. Her stage credits include too many to bore you with, but you can check out her IMDB page HERE.  ​ 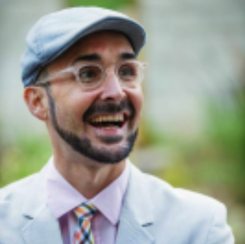 Since Shaun was in his first play as a preschooler, he knew he was meant to be doing Theatre, consequently, he has spent most of his life cultivating his craft. He received his degree in Directing for the Theatre at California State University Long Beach, where he also studied jazz and modern dance. While in college he taught acting at elementary schools in Long Beach Unified, as well as Camp Bravo, a camp for the performing arts. He has spent the last ten years teaching acting, dance, movement, and film making around the country as a guest artist and performing arts teacher. He currently works full time as a theatre and film instructor for Los Angeles Unified School District, while still making to time to direct and choreograph shows all around Southern California. He has trained with theatre companies both in Los Angeles and New York and is known for his dynamic use of movement and love of teaching, whether it’s with 5-year-old's or 105-year-old’s. 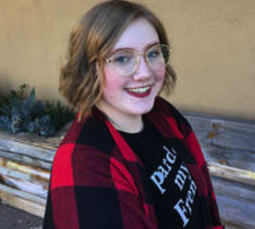 Sophie was a part of the very first session of Acting Out and has joined the team as an instructor since aging out of the program. She has been performing since she was six years old and has participated in many plays, musicals, talent shows, and choir groups. In high school, she studied Creative Writing at the Orange County High School of The Arts, where she had three plays produced by the Acting and Classical Voice students. Now, she studies theater at Portland State University in Portland, Oregon and hopes to one day go into playwriting professionally. Sophie is also a musician and songwriter! Self-taught on both ukulele and guitar, Sophie has been writing music for about five years. She has performed in several concerts and showcases, including once at the historic Troubadour Theater in Los Angeles. Sophie is thrilled to be a part of the Acting Out team and is excited to continue sharing the power of live theater with as many people as she can. 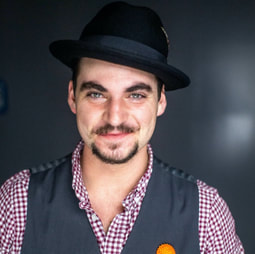 ​Hayden Allcorn is an actor, stunt performer, and award-winning variety artist based locally here in Orange County! Hayden studied acting at both the Orange County School of Arts and California State University, Fullerton and has taught at both campuses. Hayden has also been seen performing with companies like Shakespeare Orange County, STAGEStheatre, and other local repertory theater’s here in OC and LA. Hayden can also be spotted performing at Knotts Berry Farm, Pirates Dinner Adventure, Teatro Martini, the Queen Mary, and the World-Famous Magic Castle in Hollywood. Hayden’s training in Cirque techniques, Shakespearean and classical acting, as well as musical and devised theater has given him the opportunity and foundation to work on countless projects and coach students to help get the best out of all of them!

IN ACTION WITH Brian Jerrs and Hayden Allcorn